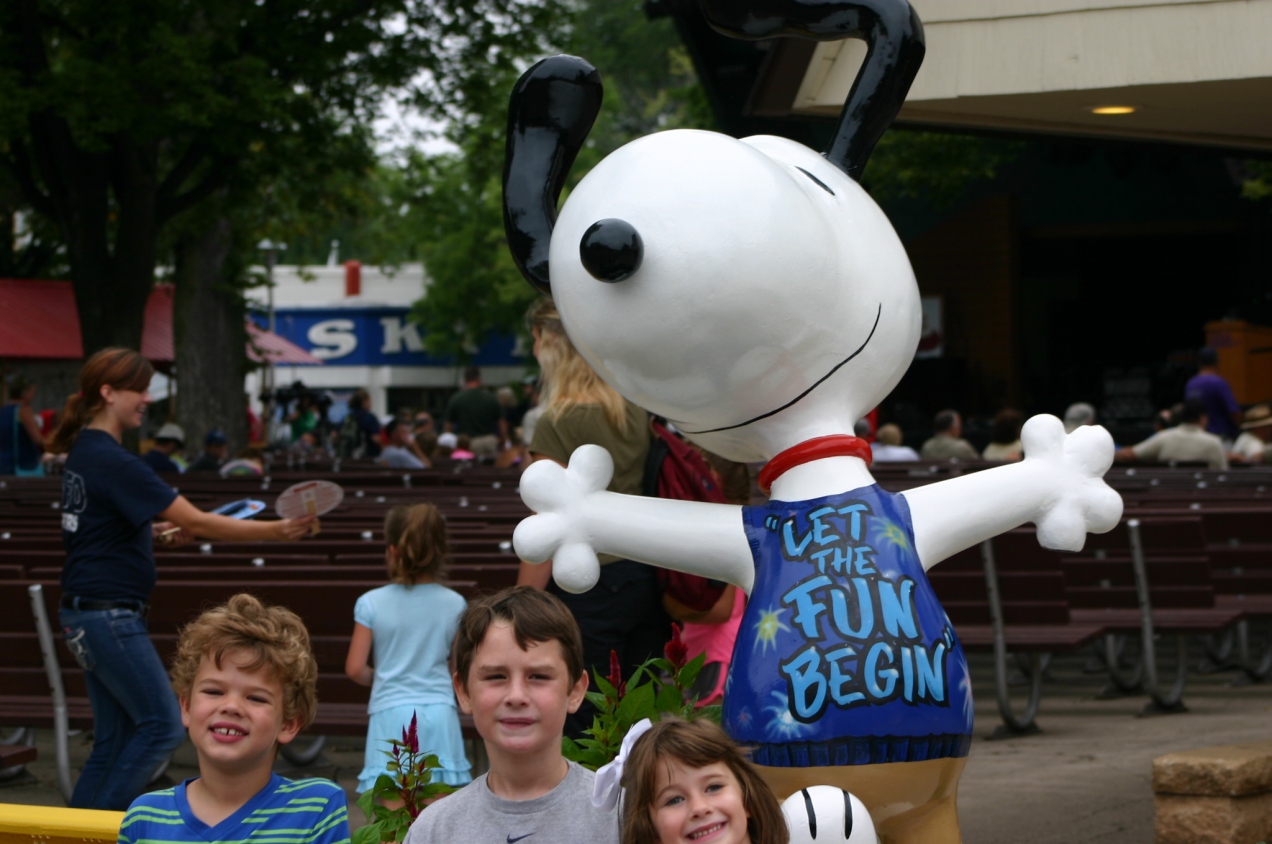 This week is the Great Minnesota Get-Together aka our state fair. Taking things literally, we had a get together and went to the fair.  Does it qualify if the friends were from Maryland?  There was so much to do that even with 6 hours we only scratched the surface.  Here’s a brief run down of our day at the fair:

1. Visited Twins Territory.  A little wiffle ball for the boys while the girls hit the Horticulture Building and made pollinator promises (this is not as weird as it sounds and there was a bee hat to be had.) 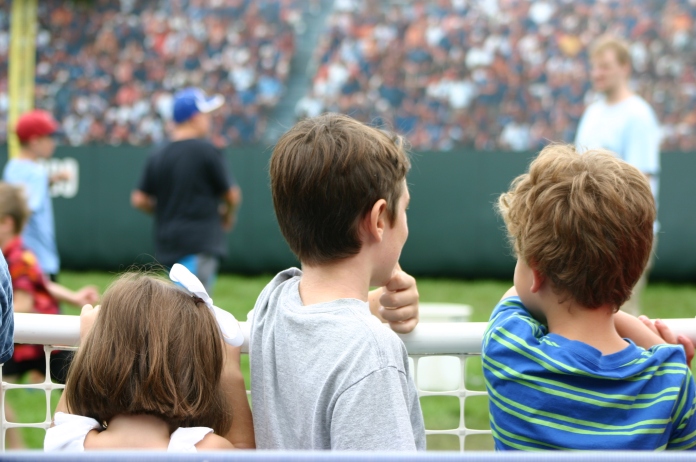 2. Breakfast on a stick. OMG! BREAKFAST ON A STICK!

3. Drank all the milk we could drink.

4. Witnessed the Miracle of Birth.  There was actually a calf born during our short visit.  This is not that calf.

5. Parenting fail of epic proportions.  The kids spotted a lazy river type ride that seemed like the least painful way to satiate their cries for rides.  Rides check, spinning heads and long lines no thank you.  But here’s the thing, there is nothing lazy about that river.  As a result of our parenting genius, we were still soggy on the bus ride home 5 hours later.

6. Soldiered on and met a giant Emerald Ash Borer and put out some fires at the DNR Building. 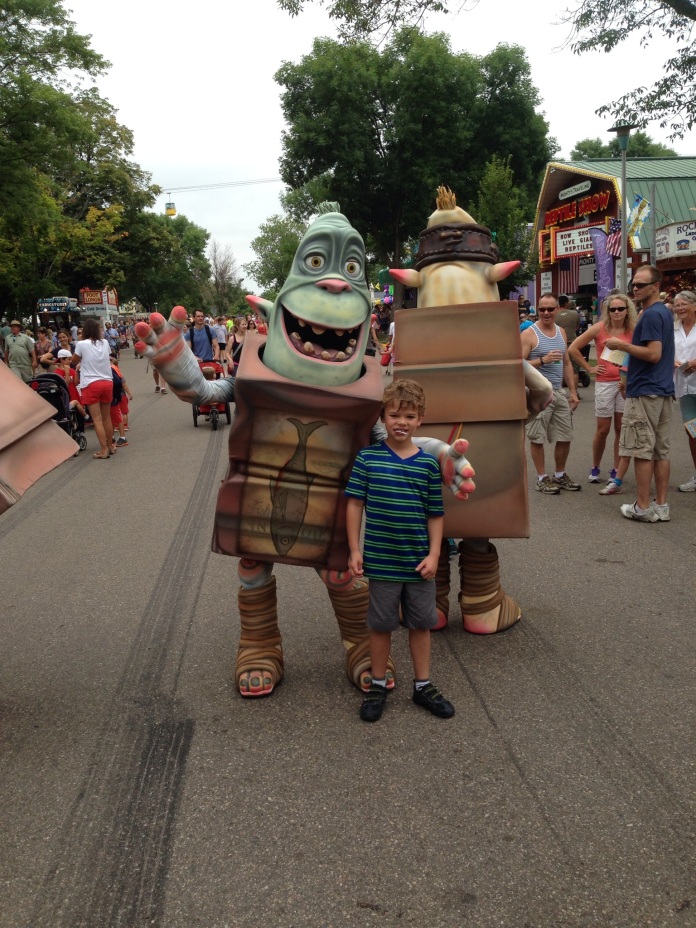 8. High tailed it to the 4H building to see the agility rabbits but missed them by a hare. (hah! get it.)

9. Froliced in the Alphabet Forest.

11. Planted some seeds with the Kemp’s Little Farm Hands. 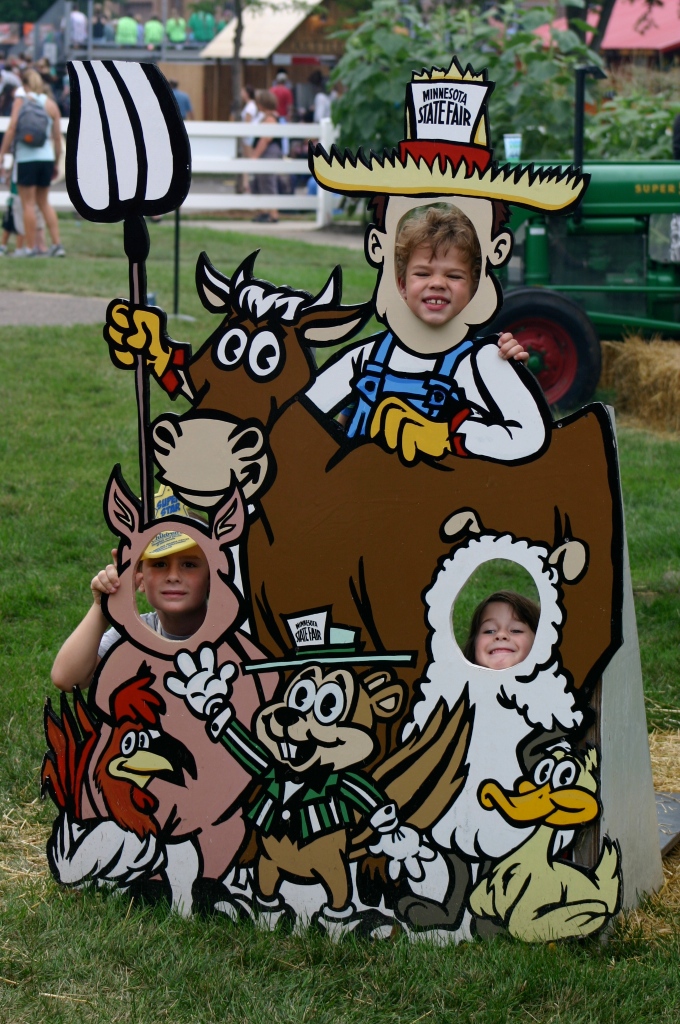 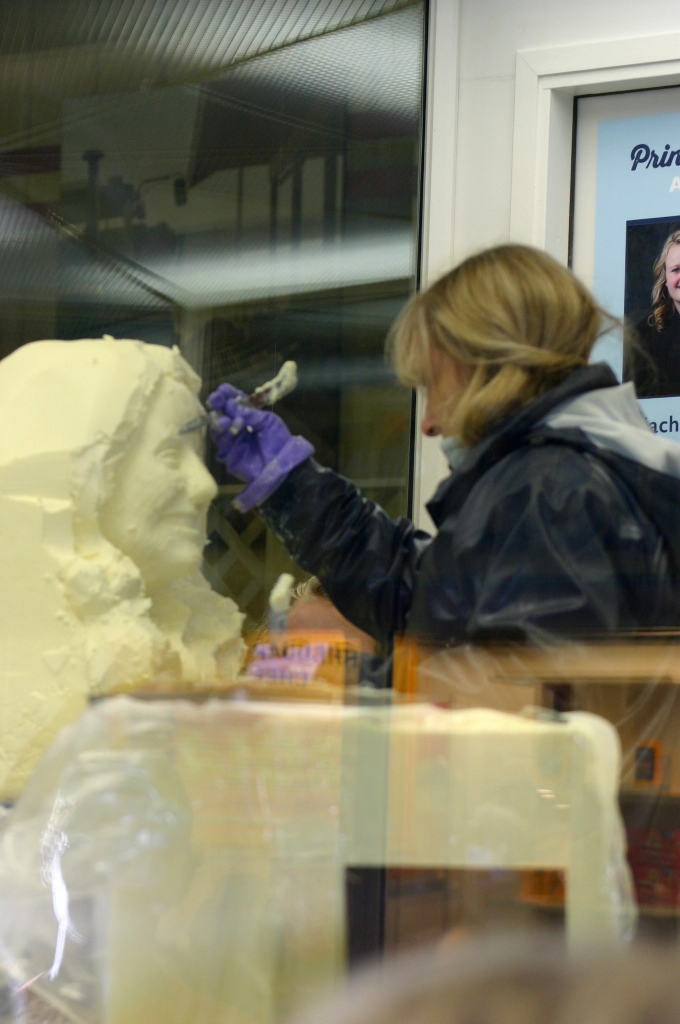 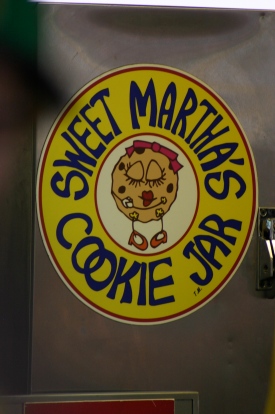 Whew! the recap is almost as exhausting as the day itself.  Just a taste for all of you who have never experienced the wonder that is the Minnesota State Fair.

3 thoughts on “Let’s Get Together”

A lady's got to know her limitations.

Beware! Nutbar with a camera from the state of Minnesota

All for the Boys

a simple yet extravagant life